There are clear similarities but also differences between the debates on planetary crisis today and forty-fifty years ago. As a major similarity, there is a hunger and a thirst for different ways of doing things and living lives. This goes for Helsinki, London and Budapest, right now hosting the 5th international Degrowth Conference.

The climate march in London two years ago offered lots of examples, for instance capitalism portrayed as the grim reaper. Other examples are legion. 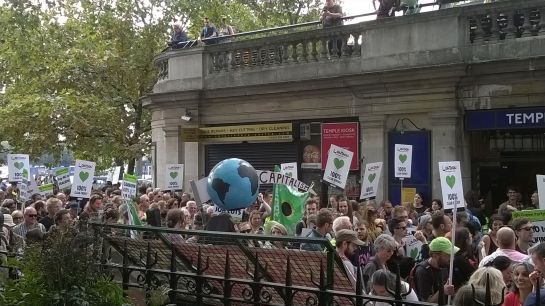 Based on texts I’ve read and footage I’ve seen, the drive to think and live differently in the 1960s was quite similar to the efforts taking place today on DIY, post-growth and other alternatives to profit and competition-driven social arrangements.

I was a little surprised that even in the academic degrowth community, currently converged in Budapest, not many appear to know about and realise how relevant those 1960s and 1970s experiences were to today. Whatever you think about their long-term effects (Fred Turner’s view is worth pondering), they certainly captured the imaginations of many smart young people.

But as an anthropologist I’m bound to keep reminding myself and others, imaginations, even global imaginations, are shaped in historical context.

So here is a short text I wrote on how some young Finns in the 1960s responded then to the palpable sense of urgent crisis. Without a doubt, these people shaped many dimensions of recent Finnish history.

The text was published in Ark, The Finnish Journal of Architecture, issue 1, 2016, and came out in the winter already. Below is the start of the text, here a pdf.  The text is in both Finnish and English.

Along with the radical 1960s came more than illegal drugs and rebelliousness; in architecture the permissive mood of the times opened up new techno-utopian possibilities. A central figure of the new thinking was the American Richard Buckminster Fuller (1895–1983), a nonconformist preacher of technological  salvation. His views on how to solve the socio-economic problems of the twentieth century made an impression on business and military circles as well as on hippies. Fuller was also invited to lecture in Finland. In July 1968 he participated in a seminar held on the historic Suomenlinna fortress island under the title “Industry, Environment and Product Design”.

I’m not a historian or a design theorist. I hope someone who is both, or at least one of those things, will delve into this fascinating story in more depth and with local nuance.

With a focus on the San Francisco Bay Area, Greg Castillo has, however, written a great text available here.