I’ve been keeping busy with all sorts of things that I have been thinking would be worth sharing, but in the absence of time to write coherently about these things, I’m sharing a blog post that I wrote for the Arts in the Environment Symposium to be held in Helsinki at the end of the summer.

The symposium will be held on Vartiosaari island, a place cherished by all who know it. It is, however facing the state-sponsored vandalism misleadingly known as “urban development”. We could more honestly call the process a legalised form of theft that encloses shared heritage – like some epic views – for the enjoyment of the few. My post begins below this picture, taken in winter 2016. Other images of the island are from one of my first visits in 2014. More can be found in an earlier post here. 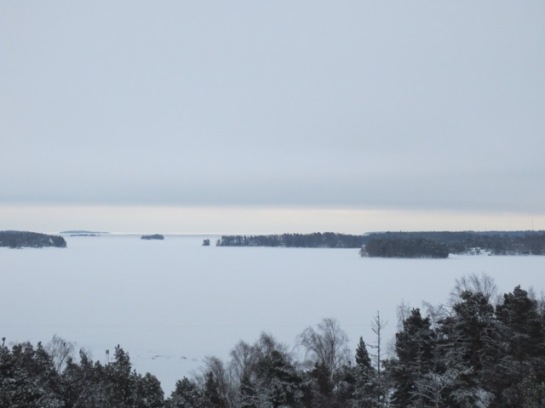 To consider art and the environment I would start with cities. The more they are pressured to grow, the more every environment beyond them is also put under pressure. The world as a whole is now required to service cities, providing them with everything they cannot provide for themselves. That means most things, from construction materials and food to landfill. It is also breathing space to ‘get away from it all’, whether this be a golf course or a supposedly pristine wilderness. And, as some would have it, cities need to be constantly pumped up with ‘talent’.

And the more cities grow, the more we all need art.

I am not quite sure how to define ‘art’ but my own most exquisite moments of gratitude for life are bound up with it. An encounter with art can produce a similar delight to what I feel sometimes towards the elements – the earth, air, fire, water and their descendants. I say descendants because history has technologized them. Earth, air, fire and water are now mixed with the artefacts of culture, particularly of the culture I call my own, that of the urban, colonially created, commodity-intensive global North.

Towns and cities are human technological creations too. I am not sure, though, whether cities can properly be considered art, or indeed, if everyone agrees with me that cities are, for most people today, our environment.

Over the centuries though, many cities have been experienced much like as art might have been, not just as beautiful or stylish, but as entire worlds that speak to us. Some cities, like uninhabited landscapes, have more magic than others, but most places reward both tourists and locals who explore or just pay attention to them.

As someone who organizes occasional urban walks, I know how some people truly delight in (re)discovering familiar surroundings with others and take pleasure in discovering and creating new meanings through this shared activity. Like field-scientists fascinated by the workings of the environment, more and more urban dwellers are turning to different forms of local exploration. Perhaps they are intrigued by what anthropologist Tim Ingold has recently called “the sheer richness and complexity of a world which human beings have irrevocably altered through their activities and yet in which they are puny by comparison to the forces they have unleashed” (Ingold 2016: 19).

The urban environment in Helsinki is, obviously, unique. I say obviously, because so far cities pretty much are unique, though that is changing. Helsinki has been incredibly lucky to have been able to develop both a distinctive architectural style and an identity so seamlessly tied to its location.

We know its trees are reducing in number, but only a handful of people would be able to say by how much. The waterfront is comparatively more researched. Depending on the season, on who is measuring, how and for what, Helsinki currently has near about 100km of it, with more stretching out both East and West. 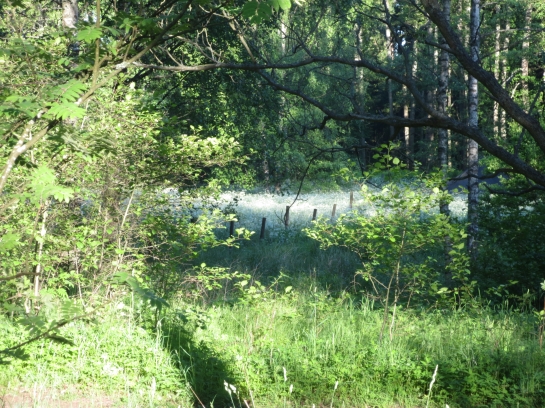 And in Vartiosaari it has an irreplaceable landscape where cultural and natural have colluded over time to produce an environment with clearly paradisiac qualities within city limits.

It’s not just that Helsinki seems somehow ‘close to nature’. Architects, designers, musicians, artists and many other visitors from around the world have long appreciated Helsinki for its special built environment, as architectural critic and friend of Helsinki Jonathan Glancey so movingly writes (2015). Like no other city, it has pushed itself up and out from the local granite to become an original and above all environmentally well adapted city. Its buildings have been mainly low-rise, which makes the best of sparse sunlight and tempers harsh winds from the sea, and it still has a rather pleasing mix of old and new, of the engineered and the organic.

Unfortunately it cannot be taken for granted that these qualities will be enhanced into the future. Even in Helsinki landscapes are at risk of becoming less local, less easy to cherish, less worth exploring. As in so many cities in Helsinki there is a housing crisis, but arguably the more significant pressure to build comes from the city administration wanting to make the city more ‘competitive’, a vague term that seems to favor wealthy taxpayers and tourists. By comparison, existing strategies for nature conservation and dealing with climate change tend to get de-emphasized. And as local and global interests jostle for space in these situations, there can be a strong feeling that democracy is being hollowed out.

In this context someone with an interest in sustainable urban development like myself is going to have to start paying attention to art.

On first reflection, I think of two opposing ways in which the term ‘art’ could be involved in directing the course of events and shape of the future. I might think of the proliferation of what used to be called ‘artist’s’ renderings’ or pretty pictures of the future city. The production of such imagery has intensified in the last two or three decades though it is a very old practice. After all, the seductions of the drawn image were important in persuading Renaissance princes just as they are necessary to urban politics today. Ridiculous computer-generated visuals of utopian future cityscapes are now peddled around the globe in efforts to sell an almost identical and equally fantastical product commonly but less and less accurately called ‘city’.

Looking for a more contemporary and hopeful role for art, I am drawn to its capacity for exploration, for questioning, for exploding simplified binaries and false choices. As art activism or ‘artivism’ art combines with all manner of locally committed as well as spatially mobile people to lavish both attention and care on the environment. Often it awakens political instincts, whether quietly or more brashly and rudely. Artivism alerts us to the necessity of friction in life in general, wary of commercially driven dreams of happiness and designed well-being.

In fact maybe it isn’t artivism as an overtly political standpoint that achieves these necessary outcomes, but art in general. From the better funded performing arts to conceptual works in and out of gallery spaces, and to the tiniest community initiatives and street art, what nurtures our humanity – common or not – in ways that few other things do, is the care and the collective imagining that flows through artistic practice.

Now retired, with a distinguished career behind him but wielding ever more influence across art, design and architecture as well as the social sciences, Tim Ingold whom I quoted above also raises art above his earlier passion, science. Art is also more ecological now, he suggests. Meanwhile science, Ingold worries, is seduced by innovation and by numbers and is anyway in the hands of a global scientific elite in collusion with corporate power. In such a context we need art more than ever.

Indeed we do. I wonder, however, if with art we might also destabilize the seemingly hard boundary between art and science itself. Building on that virtue that Ingold values so highly, of curiosity, it might be possible yet to care and imagine collectively among the scientists too, maybe even the economists (who knows?). Like him, however, I’m looking more and more to art.

“Be good to Helsinki”